The ship in the sea moves according to six degree of freedom: three of translation and three of rotation.

Empresa Portuaria Quetzal informs about the following situations of the ships.

A dock or mooring is the designated place to dock or moor a boat. That means to immobilize it using the cables, thus parking the ship. A boat can dock sideways (either to port or to starboard), or tip (either prow or stern).

The notice was a military naval unit, usually fast, that transported sheets and orders between different ships. Its purpose was obsolete due to the use of radio systems on warships in the early twentieth century. Currently information is given about the ships that will arrive at Puerto Quetzal.

It is to fix a boat with an anchor, although it is also called the action of dropping the anchor to the bottom. The anchoring is done in port waters. Each port authority is responsible for charging the current rates.

They are the boats that go to sea. 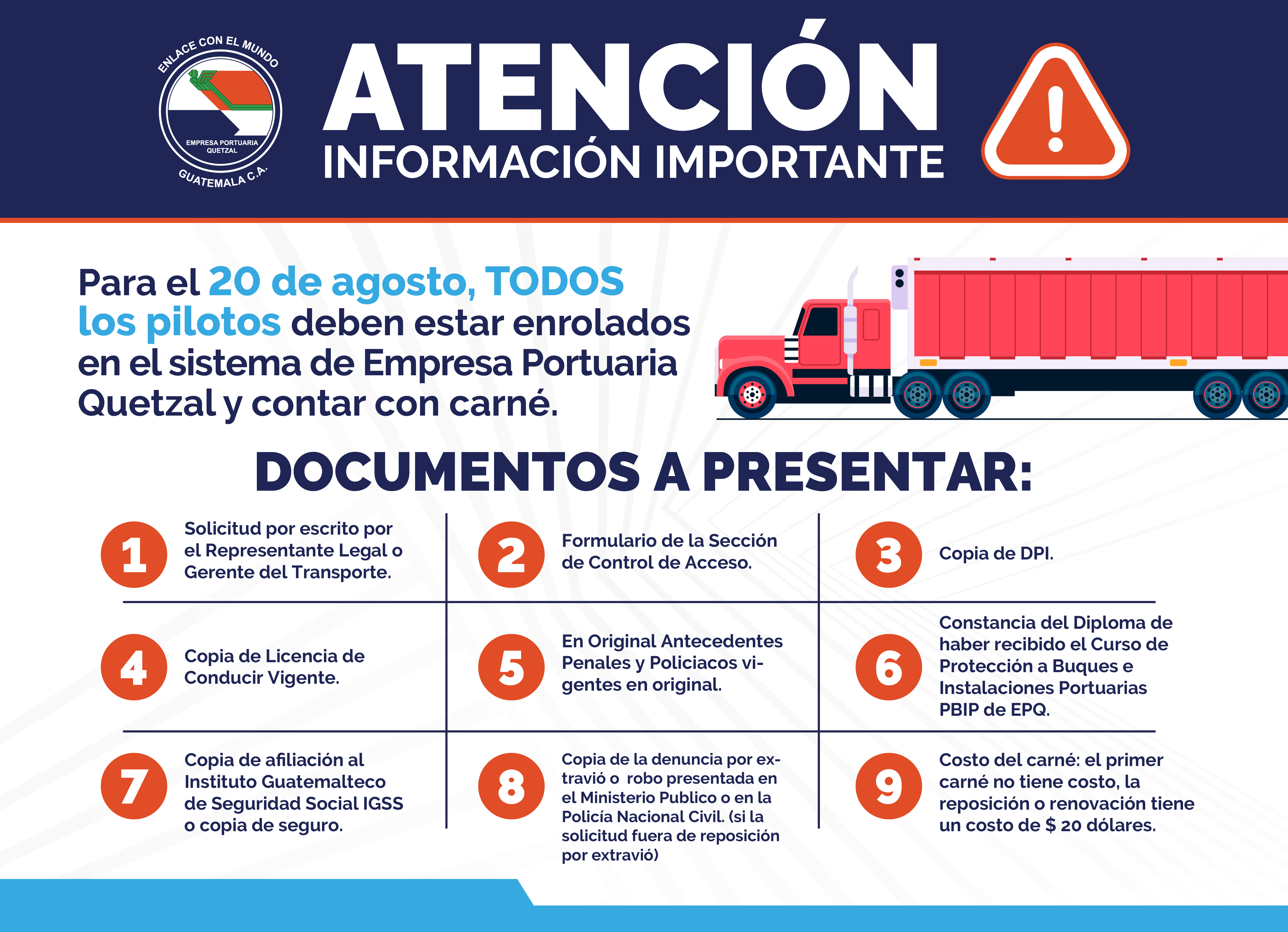